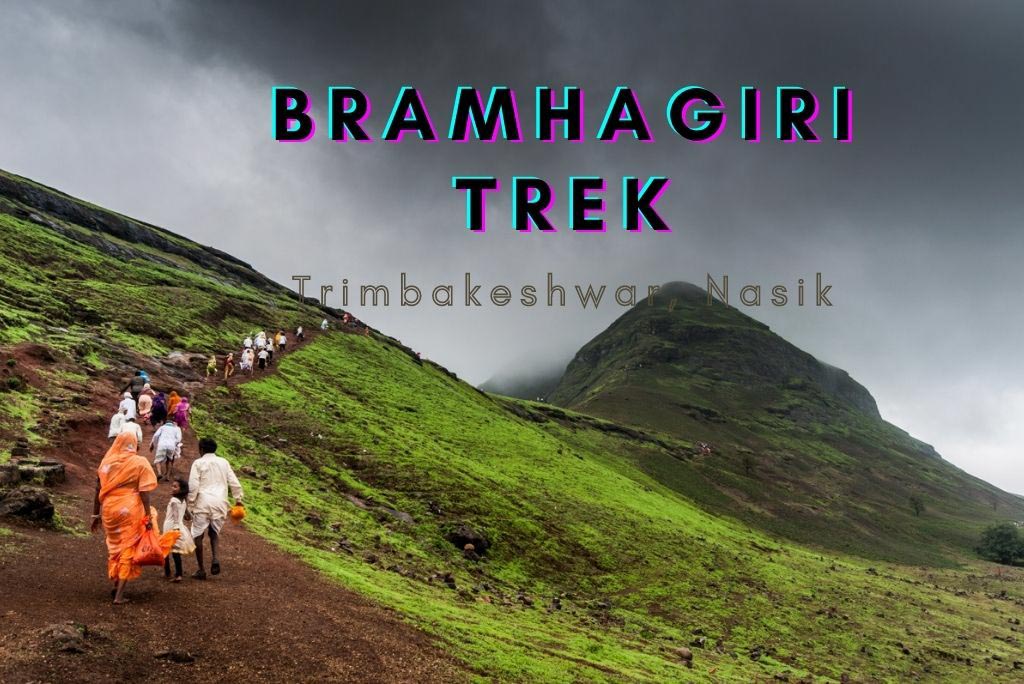 Monsoon brings lots of opportunities for trekking in Maharashtra. There are so many treks that you can do during the monsoon.  All the places look very green with the carpet of dense vegetation on the mountains.

It also rains heavily but that's fun -  to get drenched in the rain and keep walking.

Brahmagiri near Trimbakeshwar, Nasik is one such place. Brahmagiri is a source of river Godavari which is the lifeline for people of  Maharashtra and Andhra.  In India,  every river is worshipped and is personified as a God. The place of origin of the river is particularly considered to be very holy.

I remember going to the origin of the river Ganga,  which is called the Gaumukh.  It was another great experience after walking 17 kilometers in the mountains.

Trimbakeshwar, being one of the twelve Jyotirlinga, is a very popular pilgrimage and is always full of people. If you want to spend some time in peace, this 3-hour trek is very promising.

We reached here early in the morning.  After having a great darshan of the Jyotirlinga,  we decided to go to Brahmagiri.  As usual, it was drizzling. The hill was half-covered with clouds.

As we started, we met so many other people,  mostly pilgrims joining for this trek.  Many were walking barefoot. Initially, there was a stone path until some time and then it was mostly muddy. At some places, there was a steep climb after stairs.

As we started, the concrete houses began to reduce and being taken over by the green vegetation. As we climbed up the stairs,  we looked down at the city of Trimbakeshwar and try to look at the temple with the powerful zoom of our Handycam.

There were some interesting cave temples,  with Shivling inside.

Sometimes the cloud was so dense that the mountain seemed to disappear.  at other times the wind was growing so strongly that we thought we would be blown away.

We met two young girls going to the top.  We talked to them and came to know that they were flower sellers.  go to the top,  to the temple every day,  sell flowers for a living, and come back in the evening.

We came back by afternoon and then left.

There are a few old houses on the way, Some locals stay on the way in small huts. As we are ascending, the houses looked smaller and smaller. Being a pilgrimage, a lot of people do this walk, most of them bare-feet. Time for some rest after the climb. The walk resumes. The trail is quite nicely made with cobbled stones. We found these two sisters who were worshipping every god on the way. We had a chat with them. They sell flowers at the top of the hill. The landscape. The cave of Shiva As we went up, at one point, the road became very narrow and there was a traffic jam. It was all wet due to rains and we had to be a bit careful. Some more caves. There are numerous small temples on the way... We paused for a moment to talk to these pilgrims and take the pictures. As we ascended, the visibility reduced. We were in the clouds. We found some beautiful flowers on the way. 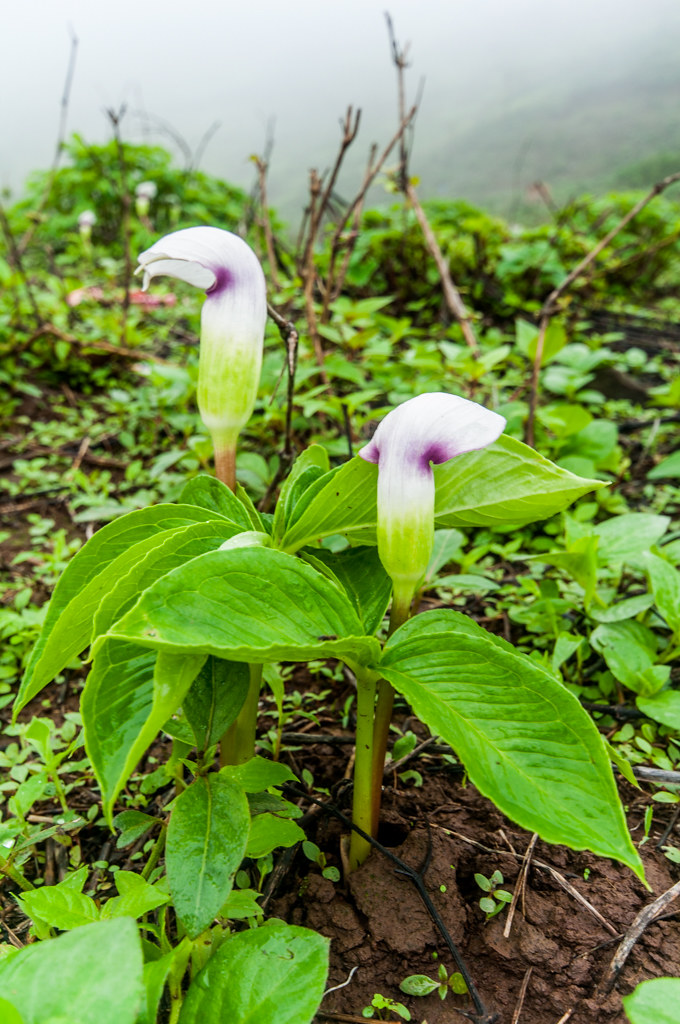 We still had a long way to go. We continued... The temple on the top. There is a small space which is believed to be the origin of the river. Pilgrims offer their prayers to the river goddess. The Godavari temple. It was time go get back to civilization. We started our way down. Lot of people come from small villages had some unique costumes. This lady wearing the two rings caught our attention. Hanuman - the monkey god is ubiquitous with almost all pilgrimages.

Video on Trimbakeshwar by Smita

Thanks to my wife Smita for accompanying me for this trip. It was exhausting but a lot of fun.