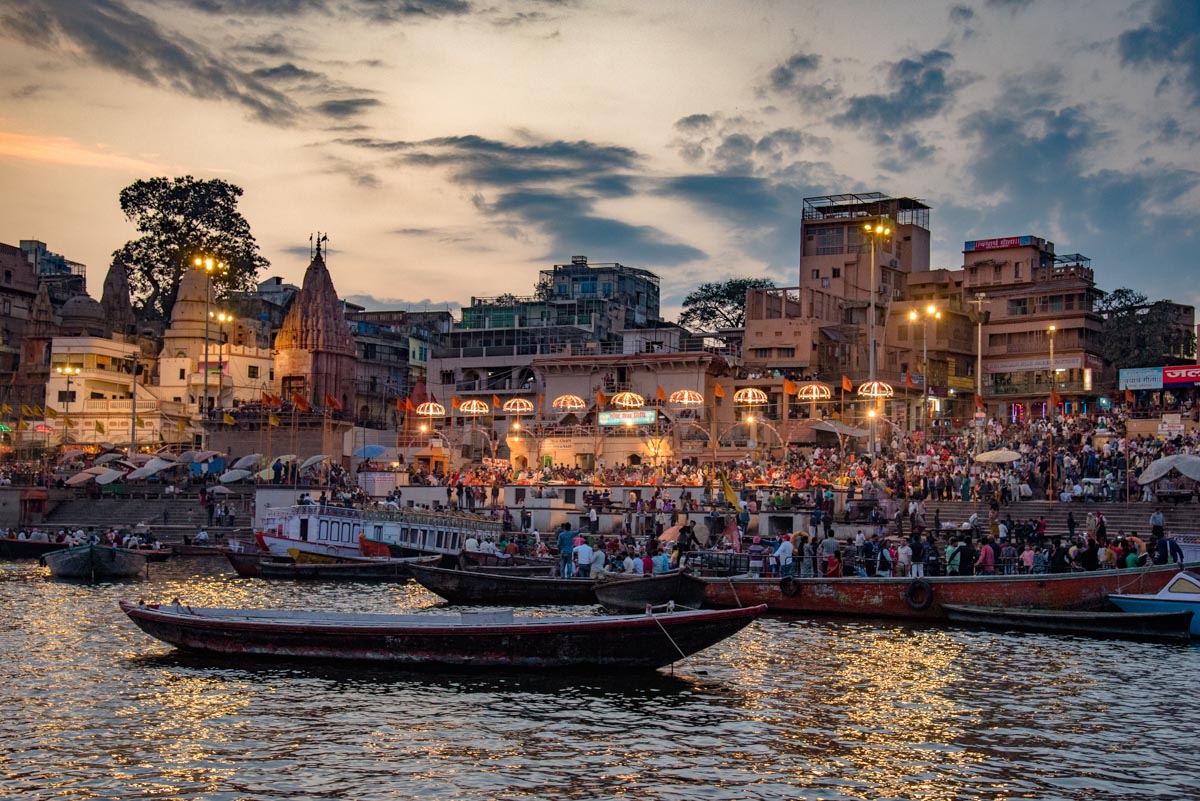 Varanasi is one of the oldest cities in the world and one of the very few ancient cities that is still alive. Its one of India's most culturally rich cities.

Here are some of my pictures taken during my several tours. Nothing much has changed over the years I had seen the city.I got up really early and went to the ghat. To my surprise, the place had awakened much before me.

Varanasi is one of my favourite places for photography. Its like an ocean.

When you go there for the first time, it will definitely look noisy and chaotic and filthy. But, as you start absorbing the place, you will suddenly start liking the place. It is one of the oldest cities of the world that is still alive.

Its also the best place to see ancient Indian culture and shoot.

I remember my first visit to Varanasi about two decades ago. I was overwhelmed to see the place. I was just 15 but was very much interested in travelling and photography. I had a basic film camera at that time and I was very facinated to see the cameras with big lenses by the foreigners. I thought, they cameras would be awesome and could take great pictures. That is past. Later I realised that camera is needed but more important is your vision and understanding of light and composition.

Since I have been to Varanasi many times, I have a decent collection of the place which can give you an understanding of the photographic opportunities. Please go through my images and let me know if you like them.

Most of the action in Varansi either happens in the gallis (lanes) or in the ghats (banks of the river).
The name Varanasi is derived from two words - Varuna and Assi, the two ghats which mark the two ends of this ancient city.

When I go there, my typical routine is this -
Wake up 90 mins before sunrise, get ready and reach the ghats about an hour before sunrise. The activities at the ghats start early.

People come here to take bath everyday and they have been doing this since their childhood. Though I agree, that the water is very polluted now and I would not like to take a dip in this water like any other devout Hindu.
I immerse myself in the activies and document them. Its the faith that makes them believe that they will be washed off all their sins if they take a dip.

I walk around till the time the light is good, maybe around 10am, have breakfast. By about 11am, the sun has risen high enough to illuminate the narrow lanes. This is the best time for photographing in the lanes. Sometimes, you will find rays of light hitting in and makes some great pictures.

If I get tired, I generally don't, I go to the room to see the pictures take some rest and come back by about 3pm. Most of the days, I really dont stop. I walk almost the whole day.

Early morning is also the time to shoot the wrestlers in the akhadas or the traditional gyms. It is very interesting to observe their activities and shoot them.

Private Photography Tour to Varanasi can be arranged on demand.

MUST SEE Pictures from Dev Diwali in Varanasi - the most popular festival.

This sadhu was painting his forehead preparing himself for his daily prayers. These sadhus believe that they have to be purified and presented well before they start praying. 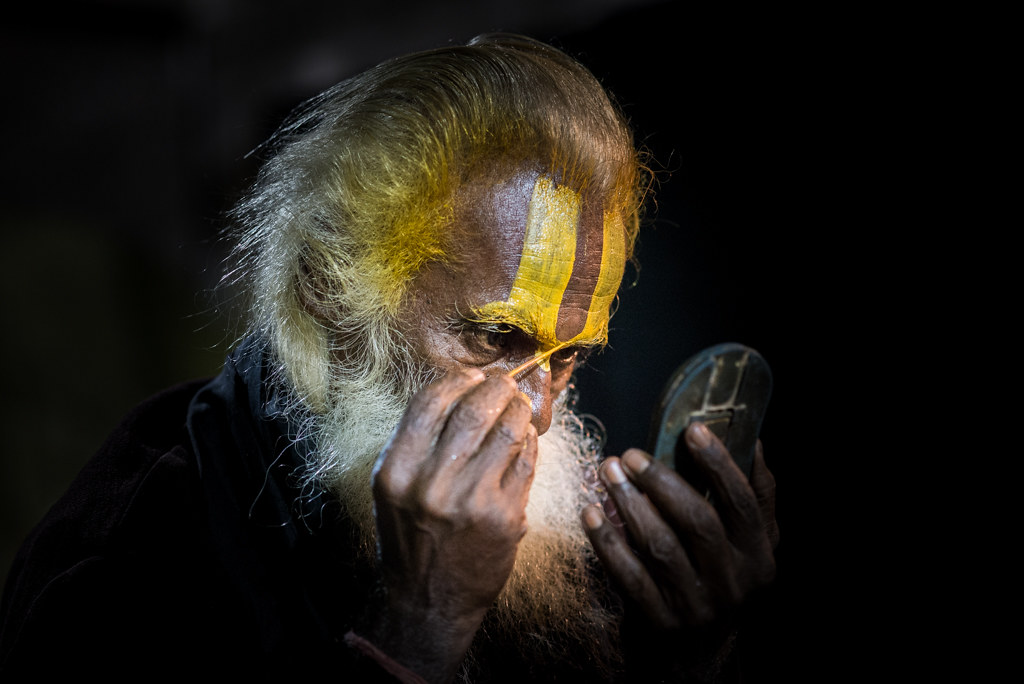 Though some ghats were crowded, some were lonely. The most important and obviously the most crowded ghat in Varanasi is the Dasashwamedh Ghat. That is where the spectacular Ganga Arati happens. Ladies light up lamps and use it as a meduim to please the gods, symbolically going from darkness to light

You will see a lot of graffitis there in Varanasi. I like to wait for sometime and shoot with with some relevant subjects to make the scene interesting.

Most of the time, the boats in the ghats of Varanasi are very random, but sometimes, you will find them in perfect order. They make good pictures with some activity in the foreground.

In the morning a lot of sadhus come to the river to take bath. With the sun rising, it makes a great picture.

India, at one time was believed as the land of snake charmers. Its no more true. In fact, you will hardly find snake charmers. It is considered illegal now and these people are being asvised to take up new professions. However, in Varanasi, you will sometimes come across these people. I took a picture of this with the crowd. I doubt that there will be any left in the next 10 years.

Be Light
Be ready to walk a lot; really a lot.
Wear slippers not shoes.
Get going before daybreak, take some rest in the afternoon and come back in the evening.
Don't stick to one place for long (unless you are sure about a shot) - keep moving.

Thank you for reading this post. Hope you liked spending time here. I will be back again with another interesting place.

Join us for a Photography Tour to Varanasi during Dev Diwali