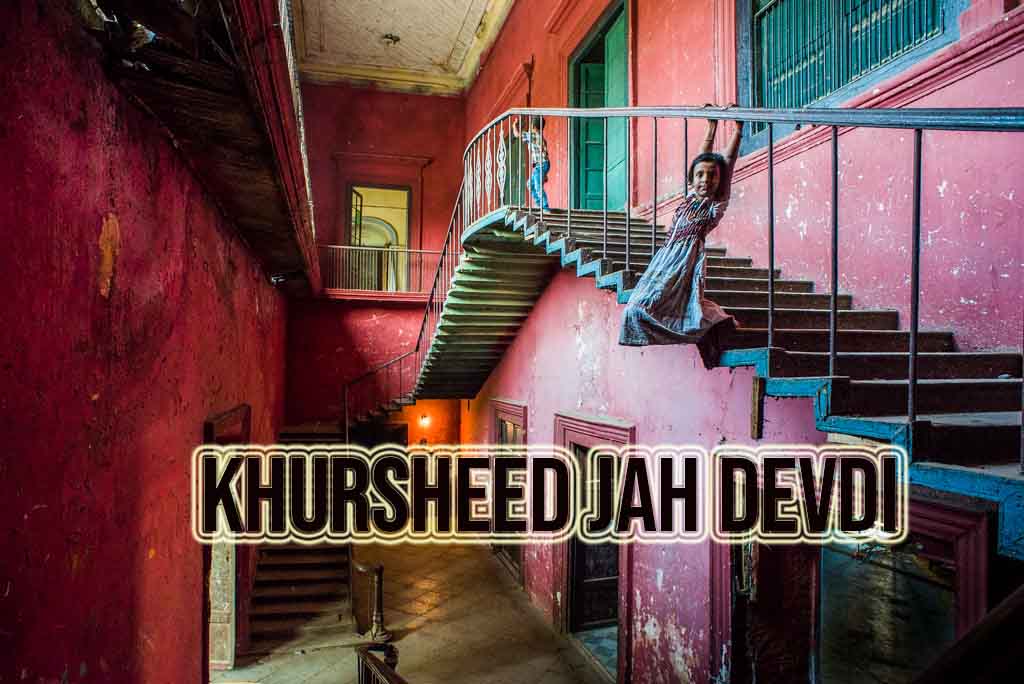 Khursheed Jah Devdi is my second most favorite heritage building in Hyderabad.

While talking about the heritage buildings of Hyderabad, we refer to the Falaknuma Palace and the Chowmahalla Palace, but there are a few beautiful buildings that are lesser-known. My most favorite one is the British Residency.

The second one is the Baradari Khurshid Jah or Khursheed Jah Deori at Hussaini Alam.

As the name suggests, it was the Baradari of Nawab Khursheed Jah Bahadur (1880-90) This building is listed as one of the Heritage buildings in Hyderabad as per HUDA.

It was originally designed by Nawab Khurshid Jah Bahadur’s grandfather, Shams-ul-umara Amee-e-Kabir and was completed by his father - Rashiduddin Khan in the late 19th century. It houses the Hussaini Alam Government Girls College in the same compound.

Born in 1838, Sir Khurshid Jah Bahadur was born in 1838 and his brother Vikar-ul-Umara belonged to the Shamsiya family, one of the first noble families of Hyderabad. They were the hereditary command of the Paigah or the Troops of the Nizam. Sir Khurshid was made a Knight Commander of the Most Eminent Order of the Indian Empire in 1877 during the celebration of the Jubilee of the reign of the Queen.

This building has a strong European influence like the British Residency.

Though the name Baradari (literally twelve doors) suggests 12 doors, there are only five. This building is also called a ‘devdi’ or the 'lords house'. The entrance has eight Corinthian pillars about 40 feet in height and the inside of the building has Elliptical arches and some areas have wooden flooring. The verandah has beautiful multi-colored floor tiles. There used to be the Ishrat Mahal (courtroom) as a part of the same compound. The playground that you can see now was actually a beautiful garden with Tara Hauz in the courtyard - a fountain in the shape of a star. — As you enter the building, you can well imagine how grand it would have been at the time when the Paigahs lived here. Wish we could do something to resurrect this masterpiece or else it will be lost in history like most of the other thousands of devdis.

In the morning, its the place for exercising for the locals.

And for playing as well.

We knocked at the door. Its at their discretion to allow you to enter or not.

The lovely tiles on the floor...

The place is not well kept. It's dirty all around. Might not have been cleaned in years. But that gives a rustic look.

We went to the first floor to see the rooms first. The children came with us and started playing their games.

The sun had just come up and lighting up the rooms.

As we were taking pictures, Muskaan and her brother were playing games. I was scared to see this act but it seems its her daily routine. I was able to take a quick shot.

Note: The pictures were shot over a period of 5 years in multiple trips to the place. Hence you will see a difference in the color of the same place.

Please note: This is a disputed property and you might not be allowed inside. You will have to coax and request the caretaker who stays there. It was my pure luck that I was allowed inside multiple times.