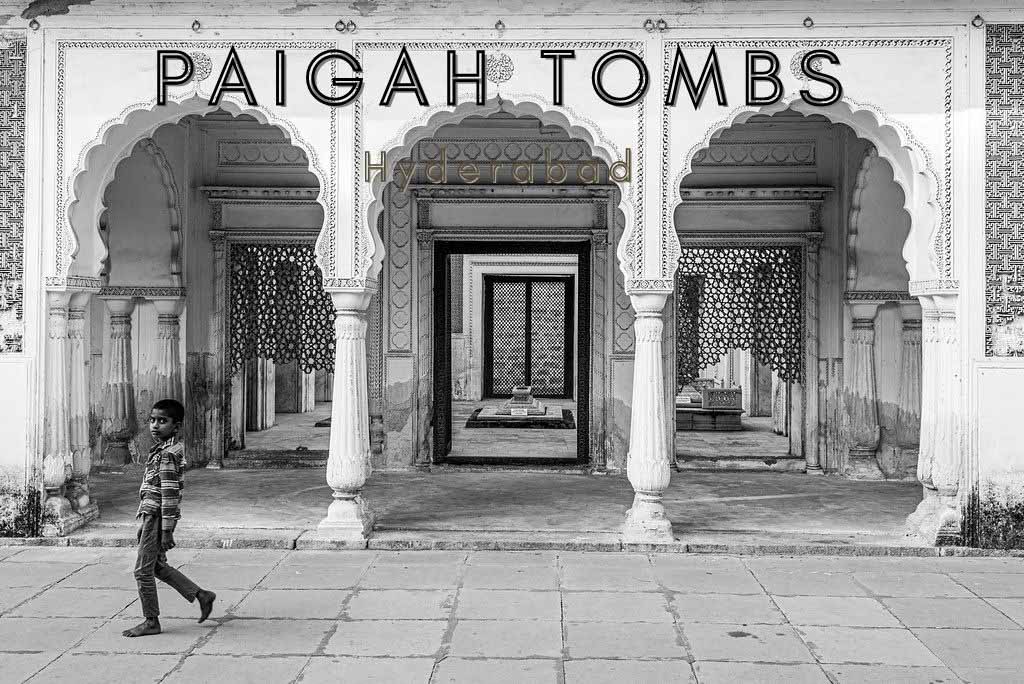 Paigah Tombs belongs to the honored Paigah family who was loyalists of the Nizams, served as contributors and executives under their rule.

The Paigah tombs were constructed in 1787 by Nawab Taig Jung Bahadur and later refurbished by his son, Amir E Kabir. The tombs were built as final resting places for the several generations of the Paigah nobles such as Sir Khursheed Jah, Sir Vicar-ul-Umra, Sultan-ul-Mulk, and Zaheer yar Jung to name a few.
The tombs are considered to be the primary wonders of Hyderabad and one cannot stop themselves appreciating the craftsmanship work of their architectural perfection. They are made out of a stunning set of marble carvings. The history dates back to 200 years which serves as the resting place of many Paigah Nobles generations. In terms of style of architecture, there is no parallel to Paigah tombs in the city of Hyderabad.

Address Of Paigah Tombs In Hyderabad /

It is located at a distance of about 5 kms from Charminar and about 24 kilometers from Hi-tech city.

Paigah Tombs are open from 10am to 5pm.

Entry to the Paigah Tombs is free.

It has both the Rajputana and the Asaf Jahi styles of architecture as the Indo-Islamic architecture. Not only this the furnishing also represents Persian, Deccan and Mughal style too, which is very unique. The walls and the tombs are very delicately carved and confined in marble elevation and some with magnificently carved canopies, patterns in floral designs. The famous “Jali” work makes the architecture even more beautiful and attractive.
If observed each tomb has been designed peculiarly and has a unique style. Abdul Fateh Khan Tegh Jung who served the second Nizam was the founder of the Paigah Nobility, was given the title of ‘Shams-ul-umra’, means the sun amongst the masses which was bestowed by to him by Nizam. Abdul Fateh Khan Tegh Jung was buried in the year 1786 at the entrance of the Tombs.
The family tree of the Paigahs is at the entrance, inscripted on an iron tablet. Some of the tombs of Paigahs are Shams-ul-Umra, Zaheer yar Jung, Sultan-ul-Mulk,Sir Viqar-ul-Umara, Asman Jah, Sir Khursheed Jah, and others. The daughter of the fifth Nizam, Hussain-Un-Nissa’s tomb is an imitation of Mumtaz Mahal’s tomb at Taj Mahal.
Nizam’s daughters married the Paigah’s who were the then highest noble families after the Nizams in Hyderabad. It is said that the Paigahs were richer than the Indian Maharajah and they were the only one to have their private army permitted by the Sultan, courts, and palaces.

Though not as huge as the Qutab Shahi tombs, but Paigah Tombs is my personal favourite. Located in one of the lens in Santosh Nagar, literally hidden, you have to trust Google Maps to reach here. It is little away from the city but you will not regret coming here. Very intricately carved building with some of the best examples of architecture of Hyderabad. The Paigah family who served the Nizam for generations rests here.

Morning is a good time when it opens. There will be fewer people there.

Talk to the caretaker, Mr. Rahmatullah. He will show you the right places from where to shoot. You can tip him when you leave.

Thanks to all who joined me for the Photowalks to this place.