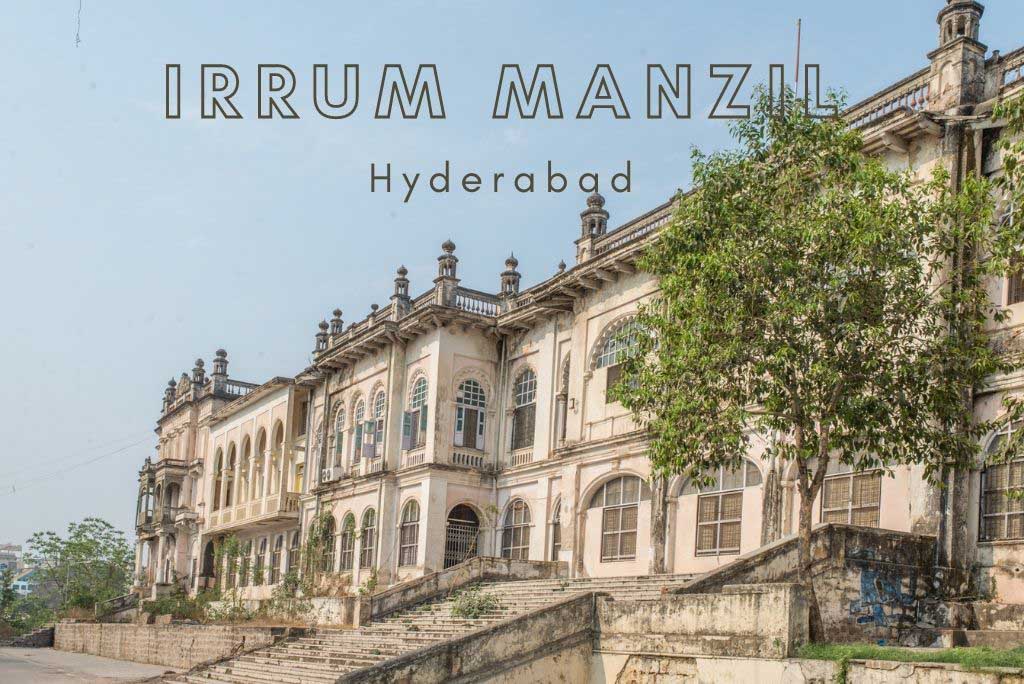 It was Independence Day, another holiday for most of us. This time I decided to celebrate it a little differently.

We got an opportunity to go to one of the heritage buildings in Hyderabad - Irrum Manzil or Erra Manzil Palace, which was in news recently for unfortunate reasons – it was about to get demolished to make place for the new Telangana State Assembly complex.

Apart from getting access to the building, we also got to hear several stories about the palace and its inhabitants. It was, sure enough, the best way I could spend the Independence day.

Errum Manzil or Iram Manzil is an extensive and beautiful gem of a palace existing in Hyderabad. It was built in the year 1870 by a nobleman, Nawab Safdar Jung Musheer-ud-daula Fakhrul Mulk. The architecture of the palace is in Indo-European Baroque style.

During that time the palace had over 150 rooms with french furniture, polo ground, a nine-hole golf course, a dairy farm, and a stable for horses. The stucco ornamental works were used all over the palace. The estate is located on top of hillock off the Khairatabad – Panjagutta road known as Erragadda or “red hill” in the local Telugu language. The name also translates for “Iram Manzil”, ‘Paradise Mansion’ in Persian. So Nawab Safdar decided to name the place as “Iram Manzil” because the word Iram means Paradise which sounds like Erram, the Telugu word for Red. To highlight the link he also got painted the building in red shade. His intention was to name the mansion in such a way that it sounded two similar names. ‘Iram Manzil’ for the Persian-friendly Muslim nobility of the then state and ‘Erram Manzil’ for the local Telugu people. Of course, now the official name of the palace is “Erra Manzil” as it prevailed.

The palace was used for grand events and royal banquets. Later, it was taken over by the Government and after a few years it was again transferred to the Public Works Department. Currently, it serves as a Government office, and tourists are not allowed.

The government is planning to demolish this magnificent building to make way for the new Telangana State Assembly complex. Let's stand to protect it.

If you liked this, you will surely like this too –

Best Places to Visit in Hyderabad

Getting access to shoot this building is the biggest challenge, if you get an opportunity, don't miss it.

There is a lot to shoot, observe for the details.

Morning is a better time to go there.

The rooms inside are dark, learning how to take pictures in low light without a tripod will help.

Thanks to Gopal Krishna from Hyderabad Trails for organizing this Photowalk.