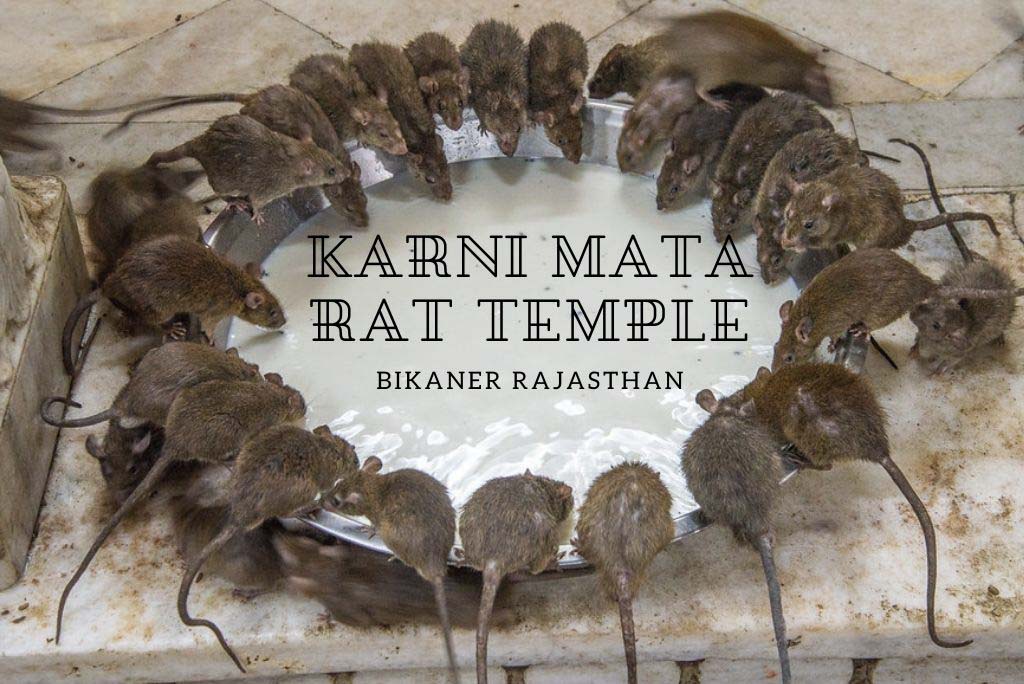 At a distance of 30 km from Bikaner is a small town called Deshnoke in Rajasthan which is famous for Karni Mata Temple. It is also known as the Rat Temple of India.

It is definitely one of India's unusual attractions. The rats are considered to be holy and are called Kabbas. People travel from great distances to pay their respects to Goddess Karni Mata and the holy rats.

It can be scary, but you must go there once.

In the 20th century the temple was completed in the Late Mughal Style. The temple's front is built with beautiful marble and has solid doors of silver built by Maharaja Ganga Singh.

The rats are also known as the "little children", are fed milk, grains, and coconut shells from huge metal bowls. There are around 20,000 rats inside the temple, out of which only four or five white rats are there which are considered to be very holy. Glimpse of the white rat is regarded as lucky to the visitors.

The Story of Rat Temple

According to the legends, in the 14th century, Goddess Karni established the foundation of Deshnoke, who led a noble and righteous life committing service to the poor. It is said that she performed many miracles as well. As per the story, Goddess Karni asked Yama (the god of death) to bring her youngest son's life back who was once drowned. Lord Yama replied that he could not do that. Being an incarnation of Goddess Durga, Karni Mata restored her son's life. At that point of time, she declared that no longer a person will die in her family and they would incarnate in the form of rats and finally the members of her family will come back as rats.

If a rat runs across one's feet then it is considered auspicious, but you must not scream (the last part was a joke)  A festival is celebrated twice a year in the honor of Karni Mata. If any of the rats is killed then it must be replaced with one made of silver.

The temple's full glory can be witnessed late night or before sunrise, when all the rats are completely out.

Be calm, the rats are not going to kill you. You don't bother them, they won't bother you.
Observe what is happening around.
Light will be less. Understanding how to take pictures in low light will help.

Thanks to my Photography Tours participants who join me for this tour.