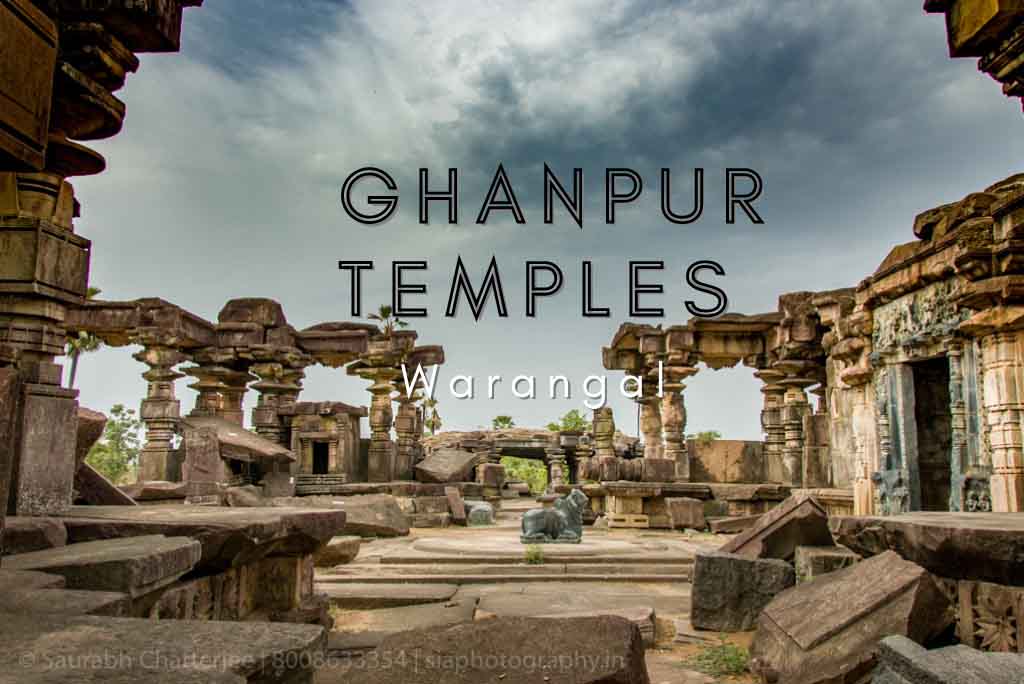 Honestly, despite planning the trip, we had absolutely no idea about these temples. Thanks to the board by Telangana Tourism, we thought of driving an extra 11 kms for a detour to the temple. Of course, we didn't regret it.

We started on a Saturday morning from Hyderabad, reached Warangal at about 10 am and went around till evening going around the Warangal fort, Bhadrakali temple, and Thousand Pillar temple.

We got up early morning next day and started our journey to Ramappa temple which is about 70 kms from Warangal. This is one of the most magnificent temples built by the Kakatiya dynasty. This is one of my most favourite temple in Telangana. The walls of the temple exhibits carvings depicting stories from the Mahabharata and the Ramayana.

We spent about 3 hours at the temple and then were planning to go back to Hyderabad stopping on the way. Then, this sudden addition to the plan happened.

The roads were great and so was the weather. It was cloudy and the winds were blowing as if it was about to rain. Can’t wish for a better weather for riding!

Locally known as Kota Gullu, the Ghanpur group of temples is consists of 22 temples dedicated to Shiva.

Featuring another example of the Kakatiya art and architecture, this group of temples are a must visit, if you are going to Ramappa temple or want to take the road less travelled from Warangal.

History:
These temples were constructed by King Ganapati Deva of Kakatiya dynasty in the early 13th century. The Kakatiyas ruled the area from 1199-1260 A.D. Warangal (previously known as Orugallu) was the capital of the Kakatiya dynasty. The rulers were great lovers of architecture and built several temples during their rule.
It was severly damaged to a great extent during the invasion of the Giyasuddin Tughlaq in 1323.

Architecture:
The dilapidated temple complex of different shape and size, enclosed within a doubled walls. The centre of the enclosure has a temple dedicated to Shiva. Its built on a star shaped platform quite similar to the Hoysala temples in Karnataka. There are six small Shiva shrines.

Despite the fact that the place is ruined, there is still some magic about the place. It looks too artistic and close to nature. There was no one around except some workers who were busy arranging the pieces of stones for the restoration of the temple. There were a few kids playing around.

I personally like to visit this kind of temple where I can find peace, not long queues. Though this temple is in ruins, there are still a lot of intricate carvings which is quite intact. People paying attention to details will have a great time having a look at them.

We sat for sometime gazing at the beautiful sculptures before starting our journey back to Hyderabad.

Tips for Travellers:
Do carry water and snacks, there are no shops around. It might be hot, carrying a summer hat is advisable.

Places to Stay:
Ghanpur has no place to stay. Warangal is the best place to spend the night, there are lot of options

Distance:
The Ghanpur group of Temples is located at a distance of 75 kms from Warangal and 11 kms from Pamappa Temple.

Ramappa Temple, Palampet is a must-see place on the way.