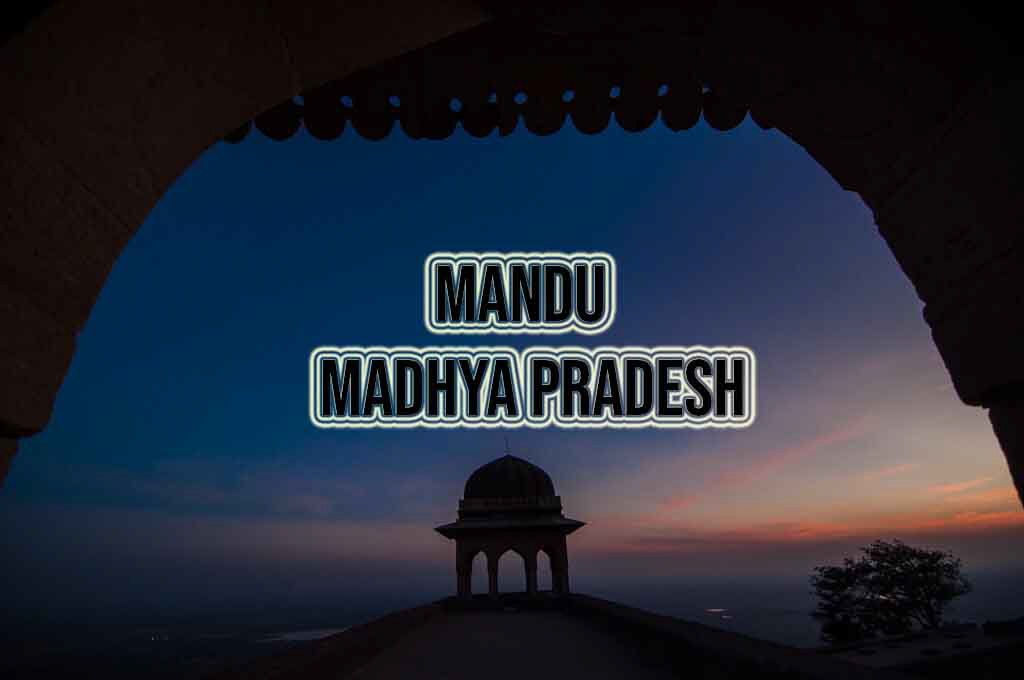 Mandu, in Madhya Pradesh IMO is one of the best places to visit in India.

Whenever we think of going for a tour in India, we think of all possible states but Madhya Pradesh. Well, this time, I chose to travel around there and it took me by surprise. How come I have never seen these beautiful places all my life?

The year was almost passing by and I had not taken any long vacation. My scheduled Himalayan trek had to be canceled due to my bike accident. I was desperate to break free. No plans, no reservations, what do I do? I decided to go on a bike trip to Madhya Pradesh, our neighboring state.

I did not have very high expectations from the places but since I had never been to the state, I wanted to see them.

My friend Madhab was ready to join me and off we set on our journey of 2500 km by bike...yes, by bike.

In this post, I will take you through Mandu, a city where love blossomed.

It was almost evening when we reached there. We decided to go to Rani Rupmati’s pavilion (which was the farthest sites to see) on top of a hill. These monuments are open from dawn to dusk and since it was already late, we literally had to beg the security to allow us inside.

Without wasting any time, we ran up to the top and the view took our breath away!

Indore to Mandu is 85 kilometer and takes 2.5 hours.

It was quite dark when we came down. Just an hour in Mandu and we were overwhelmed. While going back, we passed by a lake called Sagar Talab. The moon had just risen. Though it was not a full moon, I never saw it more beautiful.

We spent the evening at a temple during the arati (evening rituals). Finally, we went to the Tower of Victory which had excellent illumination.

We woke up early in the morning and was excited to see the rest of the places. Our first delight started with this scene.

We went back to the same place we went the previous day – Roopmati Pavilion. According to local folklore, the ruler – Baz Bahadur built this monument to convince the beautiful singer, Roopmati to stay with him. She would never agree to stay away from river Narmada. This place, being on 350m cliff, the river was clearly visible and she agreed.

We passed by Reva Kund, which is a pond. There are a few monuments around this area.

A villager taking water home from a nearby tube well.

Mandu is dotted with lots of small water bodies. While the mother washes her utensils, a village lad tries his hands at something adventurous.

It was surprising to find a palace for a wet nurse and another one for her sister. Dai ka Mahal

There were several vantage points from where you could see the whole valley.

The Jahaz Mahal (meaning ship palace) is one of the most famous structures in Mandu. Constructed between two water bodies - Munj Talao and Kapur tank, it resembles an anchored ship. Akbar's son, Jahangir came here during his travels and described the exquisite beauty of the palace. It was lit up with thousands of lamps and the reflection in the water gave an illusion that the lakes are on fire. It was sometimes used for entertainment with a harem of 15000 women.

Hindola Mahal or Swinging Palace gets its name due to the sloping side walls.

A well for daily water consumption used as a source even now.

The Jama Masjid is one of the most grand structures in Mandu. Built by Mohammed Khalji in 1454, this structure was inspired by the Omayyad Mosque in Damascus, Syria. This monument shows the Afghan architecture at its best.

In this picture you can see decoration inside, influenced by Hindu architecture.

The tomb of Hoshang Shah was considered as a sacred shrine people from far came to pay homage to him.

To cater to the large number of people who came here, there was a Dharamshala in the tomb complex with small rooms.

Hoped you loved traveling with me. Wish to see you here again!

A request – These places are for us to see and enjoy but we need to do it responsibly. Let's preserve their beauty for future generations to relish. Feel free to ask me any questions, I will be happy to answer them.

Thanks to my friend and student Madhab who joined me for this epic bike trip. It was one of the best trips I have ever done.